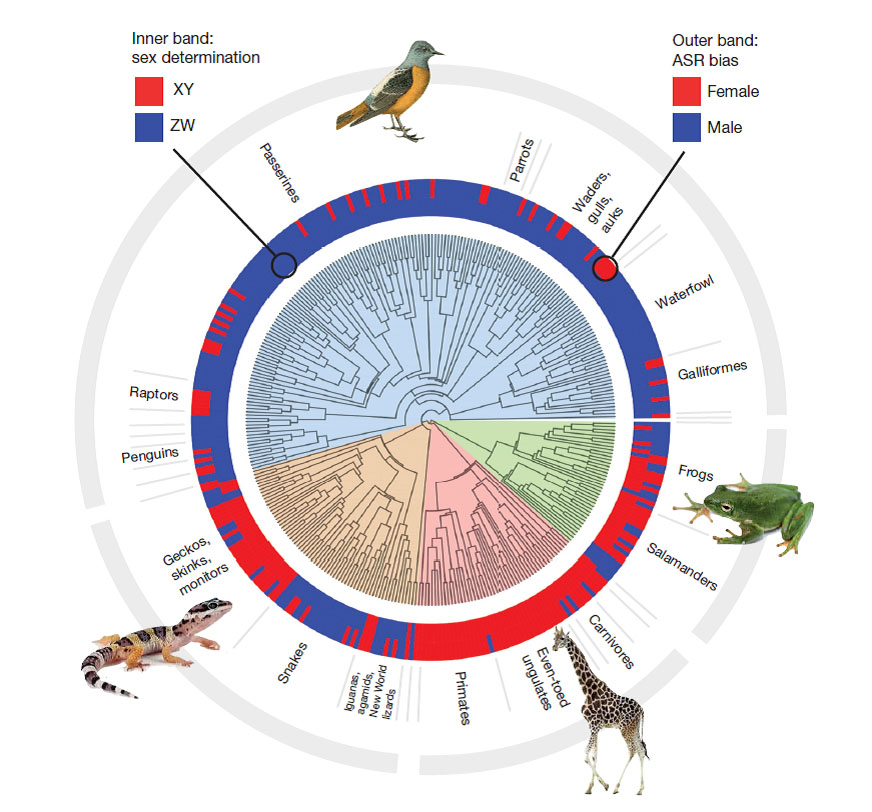 Adult sex ratio (ASR) is one of the central demographic properties of populations. We study the causes and consequences of ASR variation among species. We showed that interspecific differences in ASR is related to the type of genetic sex determination systems in tetrapods (Fig 1), and to sex differences in adult mortality rates and age of maturation in birds. We also found that the ASR is correlated with various reproductive traits, like mating system, parental care and the frequency of divorce in birds (Fig 2). 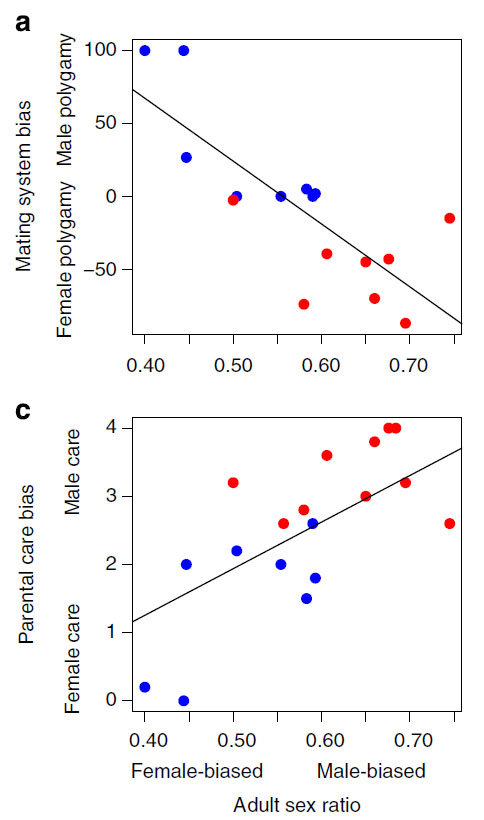 Currently we are extending these lines of research and test further how sex ratios may be regulated by demographic processes and how ASR may influence reproductive behaviour in other vertebrate taxa. We also use large scale comparative analyses to investigate the diversification of components of reproductive sex roles (i.e. mating systems and parental care behaviour) across vertebrates, and to find ecological and life history factors that may play a role in their evolutionary changes. For example, we analysed how reproductive investment, sexual selection and climatic conditions are related to the forms and sexual differences of parental care in birds and amphibians (Fig 3), and are conducting similar studies in other vertebrates like fish and reptiles. 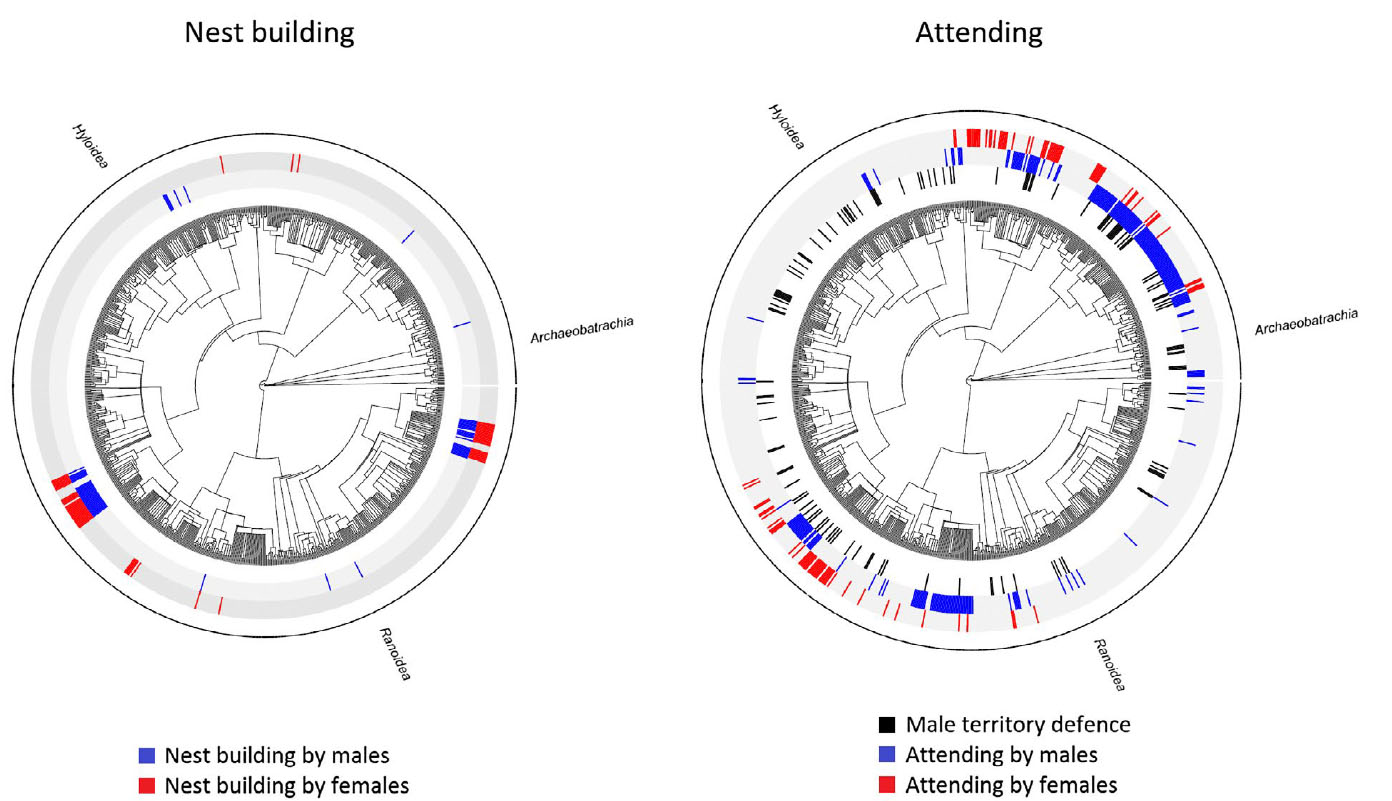