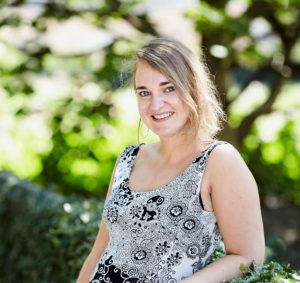 My academic background started in France in the university of Rennes 1 (2007-2010) where I obtained my bachelor degree in biology of the organisms, but also where I discovered behavioural ecology and actively participated in bird watching and nature exploring.

During my first year of the master degree (university of Rennes 1, 2010-2011), with a qualification in Functional, behavioural and evolutionary ecology, I went to  Gotland (Sweden) for 3 months to carry out my individual research project under the supervision of Dr. Barbara Tschirren. I studied there, the role of food predictability and food availability in influencing the adaptive value of prenatal maternal effects in great tit (Parus major).

Then, I moved to the south of France in Toulouse to follow my second year of master (2011-2012) in the university of Paul Sabatier III. I followed a master with a qualification in biodiversity ecology and evolution. During this academic year I went for 6months in Finland in order to carry out my master thesis under the supervision of Dr. Jon Brommer where I studied the individual constancy and behavioural syndrome in aggressiveness during nest defence, self-defence and in response to stress in a blue tits (Cyanistes caeruleus) population during the breeding season.

In October 2012, I started my PhD project in Antwerp (Belgium). I worked on the evolution of intra-family interactions in canaries (Serinus canaria) and blue tits. I was mainly focussing on the begging behaviour of nestlings and its implication in parent-offspring communication but also in sibling competition. In 2017, I obtained my PhD degree and continued to work on this project during a short-term postdoctoral position.

In April 2019 I started a new project in the University of Pannonia (Veszprém, Hungary) under the supervision of Prof. Andras Liker. This current research focuses on understanding the demographic drivers of sex-role reversal and skewed sex ratio in a fascinating polyandrous and sex-role reversed shorebird: the pheasant-tailed Jacana in Taiwan. This project combines field work (including behavioural observation, population monitoring and some morphological measurement), sex ratio analysis and comparative analysis.

16th Congress European Society for Evolutionary Biology (2017), The Netherlands, “Consequences of a bidirectional selection on begging for associated fitness traits”

23rd Congress of Zoology (2016), Belgium, “Tell me what you want, what you really really want: applying a behavioural reaction norm approach on parent-offspring communication”

Seminar in Ecology and Evolution (2016), Belgium, “I can’t give everything away: on begging strategies of blue tit nestlings”

Seminar in Ecology and Evolution (2014), Belgium, “Genetic and phenotypic mechanisms of begging in canaries”

Research Day (2015), Belgium, “Evolutionary ecological perspectives on bird family life -to beg or not to beg”